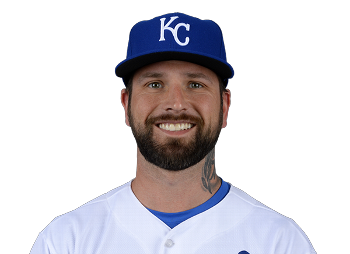 As I wrote over the weekend, third base is an exceptionally thin position. The Phillies are finding that out, again, as Placido Polanco deals with a balky back that has him in the MRI tube. It’s becoming abundantly clear that they’ll have to go in a new, and hopefully younger, direction next season. Ryan Roberts could be the move.

Roberts, 31, won’t be mistaken for Mike Schmidt at the hot corner, and he’s not all that young. However, at five years younger than Polanco, and with a little pop in his bat, it would represent an upgrade.

The Diamondbacks designated Roberts for assignment on Tuesday and will now look to trade him. Early reports have the Rays making a play for his services; but the Phillies should be next in line.

Defensively, he’s roughly league average. Roberts’ UZR at third base since the beginning of 2011 is 2.3, which is hardly elite, but will hardly cost you. At the plate. Roberts is not a contact hitter like Polanco. In roughly four seasons in the majors, he’s shown a bit of pop, topping out at 19 homers in 2011. His on-base and slugging percentages have both dropped rather dramatically this season, as his OPS fell from .783 in 2009 to .768 in 2011, to .663 this season.

That’s still an upgrade over the declining Polanco, who’s OPS currently stands at .628. That, and Roberts plays multiple positions, including second base.

Roberts does play his home games in the launching pad of Chase Field in Arizona. His splits do show he’s better at home than on the road, where his batting average drops from .260 lifetime to .240 away from Chase Field.

That said, there aren’t many options available for this year or next. It’s a laughably bad position. Roberts would give you at least a younger alternative where there are few. I say make a pitch for “Tatman” and ride his cheap, team controlled contract for the next year or so.

And hell, with all the tats, the Philly fans might dig him. He’d fit right in in Mayfair or Northern Liberties, at least.