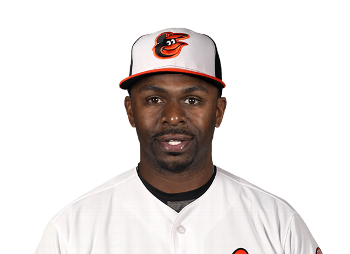 Could Bourn be back? (Mlb.com)

Nestled away inconspicuously in an article about baseball’s general mangers’ thoughts on instant replay, ESPN’s Keith Law slipped in a hint as to where the Phillies stand in relationship to finding an everyday center fielder. Law notes that rival executives and agents believe the Phillies will move fast and aggressively target Michael Bourn. Bourn is a Scott Boras client and one of the largest drawbacks of pursuing a Boras client is the length of time needed to wait before making a move. Knowing that the Phillies may want to move aggressively and quickly, Law notes that rival executives and agents believe that while Bourn is their primary target, they are accelerating their homework related to B.J. Upton as well in the event that Bourn is not available, too pricey, or will not sign right away.

This year’s centerfield crop is among the deepest ever. In addition to Bourn and Upton, the Phillies have been linked to Melky Cabrera, who according to Joel Sherman has narrowed his teams down to six, a list that does not include the Mets or Yankees but presumably includes the Phillies, Torii Hunter, as reported by Dylan Hernandez of the LA Times, and two guys who are probably good enough to fake it in center: Nick Swisher and Josh Hamilton.

Thoughts: In addition to the folks listed about, Shane Victorino is still available, albeit linked to just about everyone but the Phillies, as well as low-first and second-tier options like Angel Pagan and Nate McClouth. Just about any of the available players would be an instant upgrade over what the Phils currently have in center. I would target Upton if I had to choose; his right-handed power and speed would be great in the number two spot in the line-up perfectly as a long-term solution.

Don’t sleep on Hunter as a short-term solution, though. Hunter had an All-Star caliber season last year that was overshadowed by an even better season by his younger CF counterpart. Hunter could be an impact player in left or right, as he hit .313/.365/.451 with 16 HRs and 9 steals in 10 attempts in 140 games. It is also worth noting that Hunter had his first elite defensive year since 2003, saving approximately 10.4 runs for the Angels. A Hunter/Upton dual-signing would have an instant impact and make the Phillies instantly better.