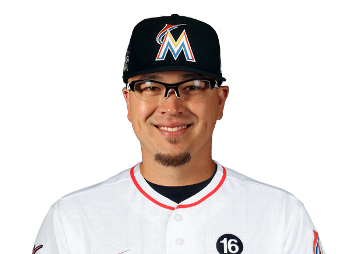 Could the Vanimal be packaged in a trade for an outfielder? Jim Salisbury says the Phillies are dangling Worley in potential trades.

Rox Have Interest in Vanimal, Salisbury Confirms is “Trade Chip”

In a piece that may have gotten overlooked during the overnight, Troy Renck of the Denver Post reported that the Rockies do, in fact, have interest in Vance Worley. In a separate Tweet, Renck wrote that the Rockies would have to be “overwhelmed” to deal Dexter Fowler, who has two more years of team control remaining.

Jim Salisbury of CSN reported mid-day yesterday that the Phillies are dangling Worley, 2012 top prospect Trevor May, and Tyler Cloyd to try to obtain an outfielder. Some of the targets Salisbury mentioned include Fowler, Michael Cuddyer, Minnesota’s Josh Willingham and Ben Revere, and Toronto’s Rajai Davis.

Analysis: Call me crazy, but if the Phils are looking for a one year rental, I would execute a Cloyd-for-Davis swap as an insurance policy for center field. Davis, 32, has a career line of .270/.317/.370, has 223 steals, is 78% efficient on the base paths, and is only due $2.5 million in 2013. Davis has not played much center field since 2011 but generally takes good routes to the ball and makes up for defensive misplays with his speed in getting to the ball.

Lee-for-Upton? Amaro strikes it down.

Yesterday afternoon, Pedro Gomez of ESPN tweeted that the Phillies had begun to discuss a trade that had the base of Cliff Lee and cash for Justin Upton. Jeff Passan of Yahoo! Sports was the first to strike this rumor down, followed by Nick Piercoro of AZ Central, who called the rumor “off base“. Last but certainly not least, Ruben Amaro himself struck down the rumor last night. That’s not a Hot Stove rumor – that’s a The Stove is on Fire rumor. The response here at Phillies Nation was so strong that it crashed our servers. Thankfully, we’re back and ready to talk more baseball.

Phils, M’s in on Bourn

As we reported yesterday, the Phillies and Mariners are now both “in” on Michael Bourn.

Former Phillies center fielder Shane Victorino signed with the Red Sox yesterday for three years, ~$39 million. Keith Law of ESPN has already named the deal one of the worst contracts signed this off-season. Most of Law’s argument comes from the fact that he views Victorino as a platoon player because of his splits that favor him hitting from the right side. Victorino got his mega-deal despite hitting career worsts .255/.321/.383 last season.

Jayson Stark Tweeted last night that Chase Utley‘s agent, Joel Wolfe, “described Utley as a man on a mission this winter“, stating: “If the season started in 2 weeks, he’d be ready to go.”