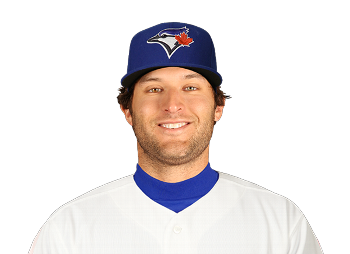 Jim Salisbury of CSN is reporting that Michael Schwimer, originally scheduled to pitch today for the Phils, has been traded to the Toronto Blue Jays for 1B Art Charles. Schwimer, 27, had a 4.62 ERA in 47 games for the Phillies across 2011 and 2012. Schwimer averages over a strikeout per inning in Major League action and helped stabilize the bullpen as the Phillies made a second-half charge in 2012. Charles, 22, is a 6’6″ first baseman out of Bakersfield College, originally drafted in the 20th round of the 2010 MLB Draft. Charles has a career .239/.358/.482 Minor League triple-slash in three seasons. Charles has power and the ability to get on base but is not projected by many to reach the Majors.

Analysis: This one is a tricky one to figure out. Schwimer likely fell out of favor with management when he sought a second opinion for his injury last August but was pitching well enough to stay with the club regardless. Schwimer was thought to have an outside shot to make the club out of camp and almost guaranteed to see at least some time with the club during the season if someone went down with injury. His absence will improve the odds of Phillippe Aumont and Justin De Fratus making the team.

As a side note, Schwimer was the first player I ever interviewed. He was a gracious guy, never turned down an interview, and a friend of the site. We at Phillies Nation wish him the best of luck in Toronto.