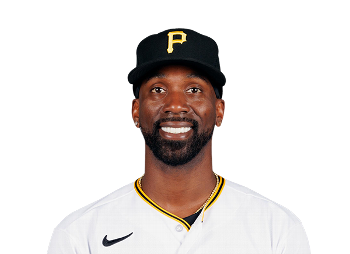 Can McCutchen lead the Pirates to the postseason…finally? (mlb)

Q: What is your boldest MLB prediction heading into 2013?

I think this is the year that the Pittsburgh Pirates finally return to the playoffs. It has been pointed out through multiple sources that in 17 of the 18 wild-card seasons, at least one team made the playoffs the year after a losing season. The Pirates have a roster full of young talent (Andrew McCutchen, Neil Walker, Pedro Alvarez, and Sterling Marte), a respectable 1-2 in the rotation (A.J. Burnett, and Wandy Rodriguez) soon to be joined by top prospect, Gerrit Cole, and an underrated closer in Jason Grilli.

On August 1st, the Pirates were 60-44, leading by a game in the Wild Card, on September 1st the Pirates were 70-62, and just 1.5 games back in NL Wild Card, but they would only win 9 more games, finishing the season 79-83, 9 games out of a playoff spot. This is the year that they hold on strong until the end.

The New York Yankees finish last in the AL East. Injuries will leave the once dominant club struggling to keep pace with the rest of their improved division.

The Yankees will finish below .500 for the first season since 1992. The Bombers seem to be headed down the same path the Phillies took to .500 in 2012. The following group will start the season on the DL: Mark Teixeira, Derek Jeter, Alex Rodriguez, Curtis Granderson and Phil Hughes. Even the surest best in baseball over the past 20 years, Mariano Rivera, is coming off a season lost to knee injury. There are some things not even a $200 million payroll can overcome.

My bold prediction for 2013 is…the Phillies will make the playoffs as at least the first wild card. I think that they’ve shown us enough in Spring Training to prove that Ryan Howard and Chase Utley–the two keys to this offense–are healthy, and that will be huge for them this season.

Domonic Brown will hit 27 home runs this season. In the American League, I think the Cleveland Indians return to the playoffs with an 88-win season and hold off the Detroit Tigers in the Central Division. Bold!