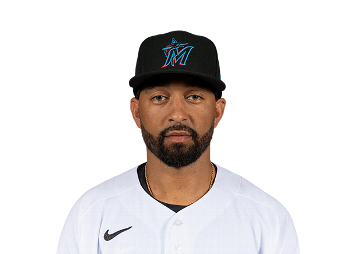 Cliff Lee-for-Matt Kemp. Crazy? Really crazy? Perhaps I’m too immersed in sports, because last night I had a dream that a deal like this went down. I need a hobby.

It’s assumed the Phillies are now in selling mode, and rightfully so. Lee, previously unavailable, now has his name in lights as the deadline hits tomorrow. Where will he go? Nobody knows.

Boston and Los Angeles are two common destinations, although it has been noted by several media outlets that the Red Sox are loathe to part with top prospect Xander Bogaerts. If he’s not included, forget about it. There are likely other teams talking with the Phillies, but Lee holds the keys with a limited, yet still lengthy, no-trade clause.

Searching outside the box for a dance partner leads us west. The Dodgers have been red hot lately and they can attribute much of their new success to Hanley Ramirez, Yasiel Puig, and Adrian Gonzalez. One notable name missing is Matt Kemp. The oft-injured outfielder has struggled mightily this year around the ailments and remains on the 15-day DL.

Could Kemp-for-Lee work? Not sure Matt Kemp alone would be enough to entice the Phillies, and it’s probably just as unlikely the Dodgers would want to move a 28-year-old borderline superstar for a 34-year-old pitcher. But why not?

The Dodgers are stacked offensively right now – not to mention in the outfield – and getting zero from Kemp. They’re paying him over $20 million this season and through 2019. That’s a ton of coin. However, it would give the Phillies a dual-threat player in the middle of the order, something they clearly lack.

By acquiring Lee, the Dodgers would have an almost unbeatable rotation of Clayton Kershaw, Zack Grienke, Hyun-Jin Ryu, and Cliff Lee.

The risks involved are many on each side: The Phillies taking on roughly $140 million until the end of this decade. Plus, Kemp isn’t healthy right now and hasn’t hit all year. How bad is his shoulder injury? Will that return? And what will his 30+ years look like? He’d play 2015-19 at 30+, making $107 million.

(Note: The shoulder injury alone makes him almost un-deal-able right now, however if the Phillies do hold onto Lee, and Kemp’s healthy returns, what about the offseason?)

The Dodgers run the risk of unloading an all-star caliber player for a mid-30’s pitcher, which on the surface is never a sure thing.

It’s such an intriguing fantasy-baseball-like deal that’s almost certainly too wild to take seriously. But with Ruben Amaro Jr. and Ned Coletti, anything is possible. The Phillies handed out $20 million contracts over the last three seasons like mints and the Dodgers have doubled their salary to $216 million in 2013. Anything is possible.

Again, no rumors here, just throwing around a wild scenario and roughly $250 million of other teams’ money haphazardly. That’s what we’re here for, right? I’d rather trade him for the top prospects in the Red Sox organization (looking at you Xander and Jackie Bradley Jr.), but these two names together – Lee and Kemp – do get the blood flowing.