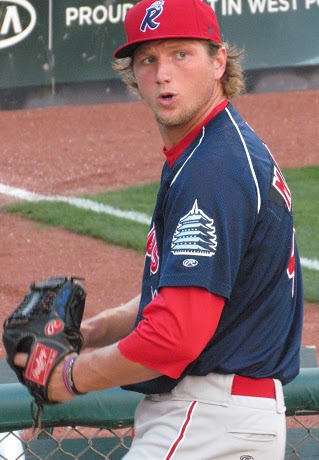 Ethan Martin, brought to Philadelphia in the Shane Victorino-to-LA trade last summer, will make his major league debut on Friday against the Atlanta Braves. Martin was named the #3 prospect in the Phillies organization prior to the 2013 season by our minor league expert, Jay Floyd.

This could also mean Cliff Lee is not ready to start as he’s been dealing with a stiff neck. Lee’s ailment is not considered serious.

Here is an interview Ian did with Ethan just prior to the 2013 season: