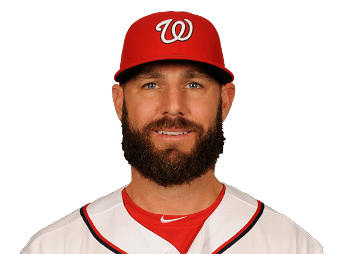 If you had to guess who had the best batting average for the Philadelphia Phillies in 2012, who would it be? Chase Ultey? Carlos Ruiz? Placido Polanco? Maybe even Shane Victorino?

All of those would be wrong. The correct answer would be journeyman infielder Kevin Frandsen.

Okay, so technically this isn’t true, as Frandsen did not qualify to have the highest batting average on the team since he only had 210 plate appearances and 195 registered at bats. However, he did hit .338 with a .383 OBP, which would have been second on the team had he qualified behind only Carlos Ruiz. Frandsen, at 30 years old, seemed to have finally found a home on a major league roster and quickly became a fan favorite in Philadelphia.

Unfortunately, for the Phillies and Frandsen, his small sample size of 55 games played in 2012 seemed to have been a mirage. He followed up his surprising 2012 season by getting more playing time (119 games played in 2013) filling in across the infield for Ryan Howard, Michael Young, and Chase Utley, hitting only .234 in 2013 with a .296 OBP, .341 SLG percentage, and a brutal .637 OPS.

It wasn’t all bad. Frandsen lead all of major league baseball with 14 pinch hits in 2013. A bit of bad luck could have played into his 2013 season as his BABIP (Batting Average on Balls In Play) had a sharp decline from .366 in 2012 to just .245 in 2013. Frandsen only struck out 29 times in 278 plate appearances last season which means he was at the very least making contact with the ball.

Defensively, Frandsen is as versatile as it gets playing first, second, and third base last year and doing it well. Frandsen’s Fielding Runs Above Average based on UZR (Ultimate Zone Rating) was at a career high of 1.9 in 2013 according to FanGraphs’. Frandsen obviously declined offensively, but it was clear he picked up his game defensively and became a reliable infielder at all three positions he played.

Frandsen’s 2013 season showed us exactly what his role should be on any major league club. He is arguably one of the best pinch hitters in the game, and can come in and step up to replace a player without being a total liability on defense. The 31-year old is eligible for arbitration this offseason and it remains unclear what the Phillies plan to do with him. However, when looking at his salary (only $850,000 last season) and everything he brings to the Phillies, it would be a surprise if the Phillies were not to bring him back as a bench bat once again.

Grade: C. It would be very easy to just look at Kevin Frandsen’s offensive numbers and give him a D or F. However, when looking more closely, you will find a player that was versatile in the field, a clutch pinch hitter, and a positive person to have in the clubhouse. It was an unrealistic expectation to have Frandsen, a journeyman for much of his career, put up his 2012 statistics with almost twice as many games played in 2013. For the amount Frandsen is paid and the fact that he was able to do whatever it was the Phillies asked of him I would consider his 2013 season average. Frandsen is a blue collar player that the Phillies would be silly to not bring back in 2014.