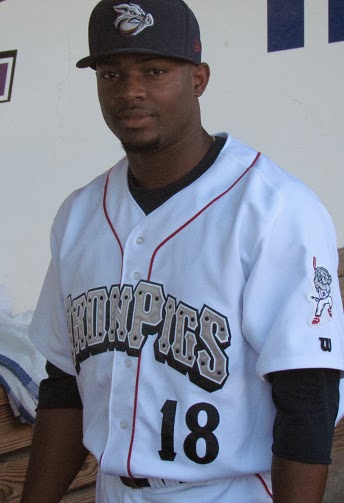 Paulino, 24, split time between Lakewood and Clearwater last season, posting a combined 4.34 ERA and a 1.529 WHIP in 85 innings, 73 of which were with Clearwater. Henson, 25, once a highly-regarded minor leaguer with the Orioles, had a fine 2013, splitting time between Reading and Lehigh Valley, hitting a combined .278/.350/.439 with eight homers and 13 steals in 17 chances.

Roof, 24, played 84 games between Lakewood and Clearwater, spending much of the year as Clearwater’s starting shortstop with a combined .254/.321/.381 line. Castro, 24, spent last season as a starting outfielder in all three positions for the IronPigs, hitting .256/.280/.368 with eight homers and 20 steals in 27 chances.

Analysis: Henson and Castro are the big names here. Henson surprised many last season with his reliable bat and deceptive speed for a corner infielder. Castro took a step back last season after a promising 2012, striking out more in less plate appearances after his promotion to Triple-A. Of the four, these two are the most likely to see significant time with the Phillies in Spring Training and have a shot to see time with the club in season.