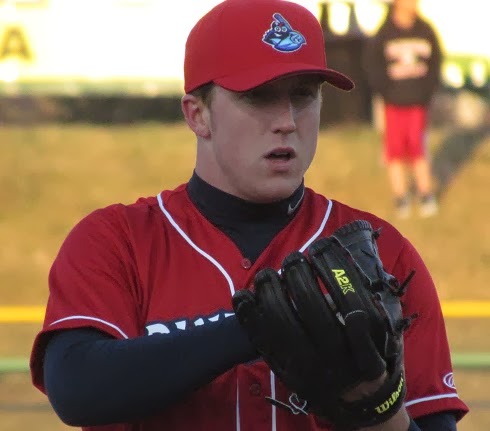 Despite having a difficult stretch of health concerns since he signed his first pro contract Shane Watson, has proven himself to have the potential that made him the Phillies’ top draft choice in 2012.

Although he was committed to pitch for the University of Southern California, Watson signed his first pro contract, reportedly worth $1.3 Million, and later debuted with the Gulf Coast League Phillies in 2012. Pitching no more than two innings per outing, Watson tallied a 0-1 record with a 1.29 ERA over seven appearances. Additionally, he recorded eight strike outs while walking only one in seven innings of work.

Action in the GCL was limited for Watson, as the youngster learned that he was diabetic after turning pro. Faced with a mystery illness and drastic weight loss, Watson saw physicians in Florida and was diagnosed with Type 1 diabetes, which, when addressed and treated, is certainly manageable for a professional athlete.

Bouncing back the following year, the six-foot-four 200-pounder posted a 4-6 record with a 4.75 ERA and a 6.63 K/9 mark in 16 starts with the Class A Lakewood BlueClaws. By early July, though, Watson was sidelined with a shoulder strain that was later diagnosed as an enlarged capsule and required off-season surgery.

Improvements were made over the course of his abbreviated 2013 season. As a 19-year-old in the South Atlantic League, Watson had a 6.35 ERA in his first 12 starts then wrapped up his campaign with a 0.86 ERA over what ended up being his final four outings of the year.

Watson, the 40th overall pick in the 2012 draft, sports a pitch repertoire that includes a low-to-mid-90’s fastball, a curve ball with great movement, a developing change up with a nice drop off in velocity and a solid cutter.

Control is generally a positive for Watson, who has a walk rate of 8.6% in his young pro career thus far. Additionally, his 47.7% ground ball rate is very encouraging.

Watson, who turned 20 years old in August, wasn’t the first player selected by the Phillies out of California’s Lakewood High School. Travis d’Arnaud, who played with Shane’s older brother, Scott, was the Phillies’ 1st round selection (37th overall) in 2007 out of the same school. Watson also was not the last Phils top draft choice from LHS, as his childhood friend J.P. Crawford was taken with the 16th overall selection last year.

It was the compensation pick that the Phillies got for losing Ryan Madson to free agency that enabled them to draft Watson, who is compared to Brett Myers at times.  His ceiling could be big league ace if progress goes as the Phillies hope it will.

The time frame for a return to action for the determined Watson is not clear. According to reports, it could be August before he takes the mound, but in an interview with me this past December, Watson stated that doctors informed him the recovery time would be just three months total, if things go well.  It’s likely that Watson gets some time back with the BlueClaws once his recovery is complete.