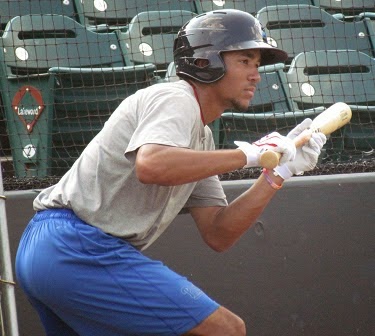 As the 2014 season draws near, rosters for the Phillies’ minor league clubs have begun to surface.

The Class A Lakewood BlueClaws will feature the return of last year’s top draft selection SS J.P. Crawford.  Local NJ product Mark Leiter Jr., who made his pro debut last year, will return to the Claws as well.

The team’s outfield will be made up of 2011 top pick Larry Greene Jr., 2012 2nd rounder Dylan Cozens, well-regarded youngster Carlos Tocci as well as Samuel Hiciano.

Joining Crawford in the infield will be Andrew Pullin, Zach Green, Wilmer Oberto and Robinson Torres.

The team’s backstops will be two Velezuelans Gabriel Lino and Willians Astudillo along with Jose Mayorga of Panama.

The Triple-A Lehigh Valley IronPigs will feature plenty of familiar names on their roster.  The team’s outfield will include last season’s Phillies cup-of-coffee name Steve Susdorf while catcher Cameron Rupp, who made his big league debut also last year will be on the opening day roster for the Pigs.  Reliever Phillippe Aumont and starting hurler Jonathan Pettibone were also with the big league club last year and will open the season with LV.

According to Greg Joyce the team will also be made up the following:

Infielders Brock Stassi, Carlos Alonso and Chris Serritella will also be sporting Ostriches on their caps to open the 2014 campaign.

Cameron Perkins will round out the outfield for the Figthins.