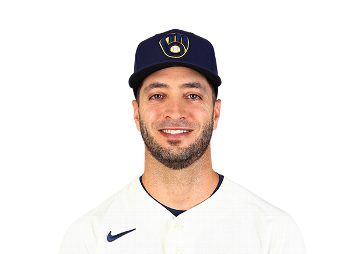 Behind three home runs from Ryan Braun, the Brewers bested the Phillies in their home opener at Citizens Bank Park, 10-4.

-Ryan Braun went yard three times, hitting career home runs no. 15, 16, and 17 in just his 44th career game against the Phils. His seven RBI on the day is a career high and ties a franchise record. Braun, who was caught cheating by Major League Baseball last season, was booed and called an “asshole” by Phillies fans on numerous occasions throughout the game. It didn’t work. It actually very much had the opposite effect.

-In a battle of bad Kyle’s, Kendrick was worse. Kendrick went just five innings allowing six runs (four earned) on nine hits. He walked two, struck out three. Of his 90 pitches, he hit on just 54 for strikes. Not a great home opener showing. This is what you’ll get from KK – a solid start followed by a dud.

-Kyle Lohse was skittish from the get-go and never seemed to completely find his footing, although the Phillies let him off the hook several times. Lohse got through five innings by throwing 105 pitches. He allowed five walks and struck out only three. But they let him off the hook, as Dennis Green once said.

Phillies Strand Too Many

-Here are the number of runners the Phillies left on base, by inning:

In the first two innings against Lohse, the Phillies stranded five runners. Carlos Ruiz was robbed of two RBI on a great diving catch by Braun in the second inning.

In the third, Dom Brown singled and stayed at first. In the fourth, J-Roll doubled in Revere but was left there. In the fifth, the Phillies managed another run but again left two runners on base. In the sixth, Jimmy Rollins singled in Ben Revere following his leadoff triple. Rollins would stay at first as the next three batters went down in order. And finally, in the seventh, Cesar Hernandez walked with one out and stood there for two more.

-As my friend Ryan Lawrence pointed out on twitter:

Now, it didn’t matter because they couldn’t score runs, but there’s a major difference in the Phillies offense between 2013 and 2014, and the plate discipline they’re showing is it.

-Domonic Brown is quietly turning in a great start to his season. While he hasn’t hit any home runs, Brown has been an on-base machine, yet has been overlooked due to Carlos Ruiz’s similarly hot start. With two walks and a single today, Brown has a hit in six of the first seven games, and is hitting .375  with a .464 on-base percentage.

-The fans are hot, I guess. The Phillies announced a sellout crowd of 45,061, although many empty seats could be seen throughout the upper deck. In the bottom of the eighth inning, as the attendance was announced, a fan in the Hall of Fame club below the press box yelled “that’s a lie.” Could be, sir. Very well could be.

-Ben Revere has errors in back to back games, including a wind-aided fly ball to center field that brought back memories of Aaron Rowand on Tuesday. Except Revere didn’t catch this one and still smashed his face on the center field fence. Often, you’ll see Revere make what appears to be a great catch on the run, or even a diving stop. But Revere takes bad routes and doesn’t have a strong arm. He’ll have to be crisp in his route running to make up for the lack of arm strength. This issue as flown under the radar because he catches up to so many balls hit in his vicinity. It’s something to keep an eye on.

Not-so-fun with numbers! RT @CoreySeidman: If the score holds, Phillies will be 0-3 in their last 3 home openers and outscored 29-10