Monday was a busy day for roster moves in the Phillies’ organization.  On top of the news that Mike Adams would return to the Phillies at the expense of Luis Garcia being sent down to Triple-A, there were several notable transactions announced throughout the system. 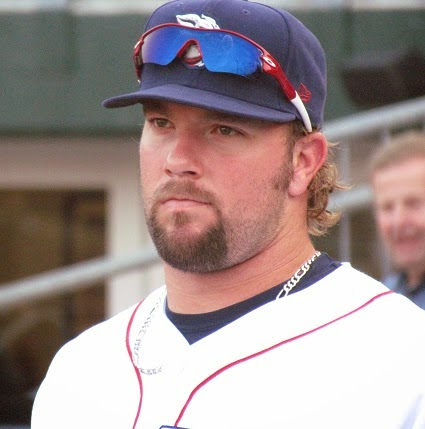 Top catching prospect Cameron Rupp was placed on the disabled list with a strained oblique suffered in Sunday’s game.  The 25-year-old was batting .231 with four homers and eight RBI in nine games with the Triple-A IronPigs.  Sebastian Valle was promoted to Lehigh Valley from Double-A Reading to fill the void.

Also placed on the disabled list with an oblique strain for Lehigh Valley was infielder Andres Blanco.  The 30-year-old infielder was batting .273 with one RBI in nine contests in the young season.

Reading outfielder Kelly Dugan, who was hit on the left hand with a pitch on Sunday, tweeted on Monday evening that X-rays were negative and he expects to be out of action for a week.  The 23-year-old was hitting .233 with a home run and four RBI through 10 games.

Outfielder Tyson Gillies was activated for the IronPigs on Monday, after going 2-for-8 in two games while rehabbing an ailing hamstring with the Class A Advanced Clearwater Threshers.  The 25-year-old Canadian has been troubled by injuries since joining the Phillies from Seattle in the 2009 Cliff Lee trade.

Righty reliever Mike Nesseth was moved from Lehigh Valley to Reading.  Nesseth, who turns 26 later this month, tallied a 0-2 record with a 9.39 ERA in four outings (one start) with the IronPigs thus far this season.

It was announced that the Phillies have released righty reliever Justin Friend.  The 27-year-old had made three scoreless appearances this season (one for Lehigh Valley, two for Reading).  Friend sported a 3.79 ERA in 46 games at the Triple-A level last year.

In four contests as Reading’s third baseman, 23-year-old Cesar Hernandez is batting .471 with an RBI and a stolen base.  Comparatively, in 11 games at Lehigh Valley’s third baseman, 21-year-old Maikel Franco has a .098 average witha double and two RBI.

Class A Lakewood right-hander Tyler Viza is one of the youngest pitchers in the South Atlantic League.  Drafted out of Desert Vista High School in the 32nd round of last year’s draft, the 19-year-old has allowed seven runs in 10 innings (6.30 ERA) while losing both of his starts for the BlueClaws.

Despite the troubling numbers, the Arizona native is maintaining a positive outlook.  Read ahead for his thoughts…

“You know, everybody threw real well in spring training and, fortunately, I got to come here and I had a good spring training, but I’m looking for a better season.”

-On his transition to the pro’s and his exceptional success with the GCL team last year, when he posted a 1-0 record with a 1.41 ERA in 12 games (six starts)…

-Speaking about pitchers that he looked up to as a kid…

“Growing up, I was a Randy Johnson fan.  He played for the Diamondbacks and I’m from Arizona.  Lived there my whole life.  He has the same kind of mindset that I like to have, just don’t really care who’s in the box.  Just going after them and getting outs.”

-Asked if, as a young pitcher, he thinks about or anticipates the possibility of adding to his six-foot-three 170-pound frame and the increased velocity that might come along with that…

“I try not to think about it.  If it comes, it comes.  I know that I’m real young, I have time to grow and I’m looking forward to what the future has for me.”