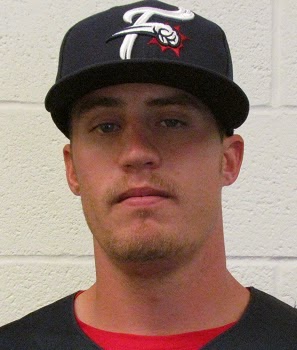 According to some, the back-end of the Phillies’ bullpen is questionable.  But true relief might not be very far away.

With Double-A Reading, closer Kenny Giles is off to a hot start and his velocity brings the real heat.

The 23-year-old sports a fastball that is regularly clocked at 100 MPH or higher.  His arsenal is rounded out with a strong slider that leaves opposing batters looking foolish.

This year, with the responsibility of being a late inning reliever, the Phils’ 7th round draft selection from 2011 is ready for the challenges that lie ahead.

“I’m really excited (to close), ’cause this will be my first time doing it in the Phillies organization.  A lot of guys on the team want me to shut the door and I’m going to be able to do that for them,” Giles said in a recent interview.

Unlike others in his line of work, Giles is open about getting a kick out of notching such big numbers on radar gun readings.  Where some pitchers might not openly admit a desire to clock 100 MPH or even enjoying the energy that it can bring to the crowd, the youngster produces a nice sized grin when he chats about his superior pitch speed.

“Once the season goes on, you’ll start seeing it a lot more,” Giles said.  “I’m always told that I’m being watched and the one thing I like to show off is my velocity.  I like to show the triple-digits up there.”

In spring training with the big club this year, Giles tallied a 2.00 ERA in nine appearances while striking out 12 in nine innings.  The six-foot-two 205-pounder wasn’t surprised by his Grapefruit League output, but is pleased if anyone else was.

“I pitched up to my expectations.  I opened up a lot of eyes.  A lot of front office guys were very impressed at what I did out there and I am looking forward to opening up more eyes and proving everybody else wrong,” Giles stated.

Giles missed a considerable portion of last season with two separate oblique strains.  Despite the physical limitations, he averaged 11.92 strike outs per nine innings in 24 relief appearances with the Class A Advanced Clearwater Threshers and began to make a name for himself.

The New Mexico native, who describes missing so much time last year as heartbreaking, feels the time dealing with injuries last season was beneficial and helped him to develop mental toughness that may have been missing prior to the forced downtime.

“It was like a mental game, just everyday, having to do rehab,” Giles stated.  “I just had to keep a strong mental game and I worked on that and I think it helped me greatly in the long run.”

As a member of the Reading Fightins this season, Giles has proven tough, converting save opportunities in each of his four appearances.  He has struck out 11 batters while walking two and surrendering one hit without allowing a run in five innings of work.

With the ultimate goal of reaching the big leagues that all prospect possess, Giles isn’t one to look too far ahead.  He’s got objectives that he feels are attainable which should lead to the other.

“My number one goal is just staying healthy and going out there and throwing strikes.  I want to work on my slider a little more.  I’m just going to do what they want me to do and we’ll just start from there.”