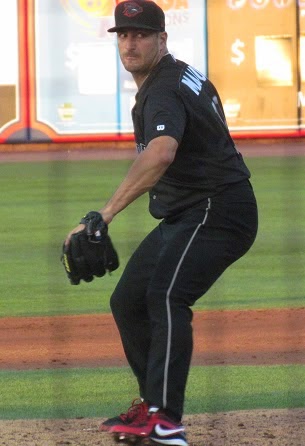 Less than a year removed from elbow surgery, right-handed hurler Jason Marquis took to the mound to show the world, but mainly the Phillies, what he can do.

Marquis, who was signed by the Phillies earlier this month, made his organizational debut last weekend, earning a win with five innings of shutout baseball for the rookie level Gulf Coast League Phillies.

The 35-year-old took the mound in Allentown for the Triple-A Lehigh Valley IronPigs on Friday, taking a no decision after tossing six-plus innings, allowing three hits and one run while striking out six and walking one. If not for a troubling effort from the IronPigs’ bullpen, Marquis would have notched a win.

He exited the game in the 7th inning after allowing a lead-off single, which ended a stretch of 10 straight batters retired. Jeremy Horst came on in relief and allowed that runner to score. The following frame, Ethan Martin and Cesar Jimenez let up four runs and relinquished the lead to the Twins affiliate Rochester Red Wings, who held on for a 6-5 win.

Lehigh Valley manager Dave Brundage was quite pleased with what he saw from Marquis, who threw 85 pitches, 56 for strikes.

“He felt good. I talked with him the last couple innings and he said that, ‘This is as good as I’ve felt.’ I felt like he had accomplished what we set out to do, and that was pitch six outstanding innings,” Brundage stated.

With eight different big league teams, MArquis has tallied a 121-114 record with a 4.56 ERA. He’s in the IronPigs’ rotation until further notice, according to Brundage. 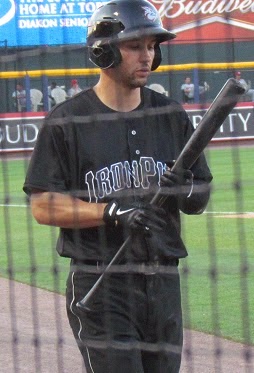 Another player with big league experience donned a Pig snouted cap for the first time on Friday. Outfielder Grady Sizemore, signed by the Phillies this week after he was released by Boston this month, went 1-for-4 with a single and flashed some leather on defense.

The lefty batting Sizemore, who posted a .216/.288/.324 slash line in 52 games with the Red Sox this season, was pleased with how he felt, but said he needed some time before he’ll feel 100-percent.

“It’s gonna be a couple of days before I get my legs back underneath me and feel normal again,” Sizemore said.

There’s been no exact game plan given to Sizemore, who plans to just step out on the field daily to show and prove that he can help at the big league level.

“I think (the Phillies) want to watch me and see what it looks like, so I imagine I’ll just try to get out there as much as I can and give them a look and see where we’re at.”

The IronPigs’ skipper, Brundage, gave Sizemore a full endorsement after seeing his initial ‘Pigs effort, which included a tremendous diving play to rob Red Wings second baseman James Beresford of a hit in the 6th inning.

“I liked what I saw out of Sizemore,” Brundage asserted. “He had very good at bats. He didn’t look rusty at all. He stepped in and had very competitive at bats.”

Sizemore, who played eight seasons and was a three-time All-Star for the Cleveland Indians, reportedly has an out in his contract if he’s not called up to the Phillies by the All-Star break. But the 31-year-old says he’s looking forward to a chance to play in front of the Philadelphia fans he’s heard so much about.

“It’s obviously an intense place and a good city to play for. I’ve never been there, I’ve never played there, but I hear the fans are into it. And coming from where I came from, you’re excited to be a part of something like that.”