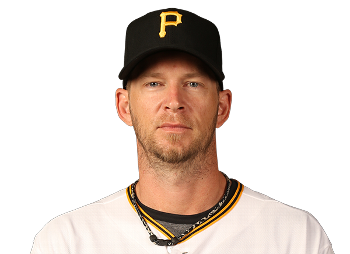 With teams in search of starting pitching, a lot of teams will be scouting Cole Hamels and the soon-to-be-returning Cliff Lee in the coming days. But, because of Hamels’ long-term commitment and Lee’s expensive short-term commitment mixed with the southpaw’s injuries, neither is the most likely Phillies starting pitcher to be lured away via trade.

One name that continues to pop up in rumors is A.J. Burnett. The Phillies are on the hook for at least the remainder of his $15 million deal for 2014, which is just a hair over $7 million. Burnett’s situation gets complicated as he has a partial no-trade clause, a $15 mutual option for 2015, a $1 million buyout or a player trigger for $7.5 million for 2015. The trigger allows Burnett to choose to make $7.5 million in 2015 even if the Phillies or the team he is dealt to has no interest in retaining him.

Burnett’s high salary, and potential to trigger a $7.5 million option for 2015, is risky, as is his 37-year old right arm. Burnett leads the NL in games started and batters faced but has lost some of the magic he has had the last two seasons, seeing his WHIP rise and his K/9 IP decrease. There is no denying, however, that Burnett has been a workhorse, ranking ninth in MLB in starts and 13th in IP since 2008.

According to Baseball Reference, Burnett compares favorably to Rick Sutcliffe, Tim Belcher, Kevin Appier, Kevin Milwood, Todd Stottlemyre, and Jim Lonborg at this stage of his career. While not the most modern examples, a few of these guys were traded during similar points of their careers with comparable salaries. I hate to spoil the ending but I wouldn’t get your hopes too high if you are a Phillies fan looking for a Burnett trade.

Belcher was 33 when he was dealt for Roger Salkeld. Salkeld was the third overall pick in the 1989 draft and the Mariners were about to give up on him after posting a 7.17 ERA in 13 starts for them in 1994.  Belcher is a decent comparison because he too was on a one-year deal but is a relatively bad comparison because the deal was truly team friendly at just under $600K.  Salkeld had one year in Cincinnati as a swing man before fading away.

Milwood was dealt with one year and $12 million left on his contract prior to the 2010 season and netted a hobbled closer in Chris Ray at $850K per year with one year of arbitration left and minor leaguer Ben Snyder. Snyder was a former fourth round pick but never reached the Major Leagues. Stottlemyre netted his team perhaps the largest return, being dealt at age 33 with Royce Clayton for Mark Little, Darren Oliver, and Fernando Tatis. Stottlemyre was making a hefty $4.9 million in 1998 but he was paired with a 1997 All-Star in Clayton to help improve the haul.

If history is any indication, Burnett certainly has value to teams in his reliability and durability, even in his advanced age, but probably will not return much to the Phillies even if the Phillies eat a large chunk of his remaining salary. Both performance issues and the possibility that he could trigger a 2015 option are likely enough to scare teams away. The teams that remain interested would be offering fair market value if they offered an older prospect with the ceiling of a fifth starter, someone like David Buchanan.