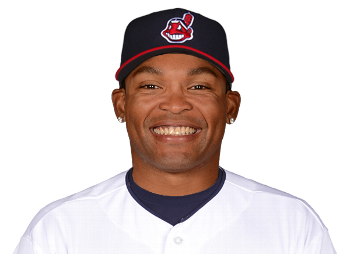 Outfielder Marlon Byrd has been perhaps the Phillies’ finest offensive contributor not named Chase Utley in 2014. Leading the Phillies in homers and slugging, Byrd, at age 36, has remained healthy for the entire season and is putting up numbers comparable to those he had in his turn-back-the-clock 2013 all while being signed at a reasonable contract. Byrd should be an easy flip to a contender even at age 36 because he has provided a powerful bat in a a corner outfield spot while contenders like the Mariners and Royals lack just that. But he’s not.

A report surfaced some time yesterday that the hold-up in Byrd headed to Seattle, which on Sunday, looked like as close to a done deal as you can get without being one, was the fact that Byrd was willing to waive his No Trade Clause to Seattle if the Mariners agreed to pick up his third year option. If you’re like me, you may be asking “Why would you sign a 35-year old player to a two-year contract and mucky it up with a third-year option?” The answer: it is a calling card of the organization.

One of criticism folks have about baseball these days is the myriad of things that need to go right to develop and execute a trade: salaries need to match or at least be willing to be taken on, you can’t trade draft picks until they have been in your system for a year, a player’s value can often be linked more to his potential than what he has already done, etc. One of the new wrinkles, at least for Phillies’ fans, is the option; strangely, it has become a hallmark of any Ruben Amaro Jr. signing.

On the surface, Byrd’s deal was a solid, if not, boring signing for the Phillies. At $8 million per year for two years, Byrd would have to put up the equivalent of about 1.6 to 1.7 fWAR per season to be worth his contract.  Byrd has been worth one win this season already, providing $5.7 million in market value to the team according to FanGraphs. Byrd’s contract is a little bit of a gamble at his age, but it looks like the Phillies will get, at least, market-value production from Byrd. And a team trading for Byrd has a decent chance at getting that from Byrd next year, too. It’s the vesting option that is scaring them away. Or in the case of the Mariners, it is the request that they pick up the option before it vests.

Byrd’s option would vest pretty easily, too, through a few different scenarios no less, particularly if you plan on playing Byrd every day. 600 PA in 2015 would trigger Byrd’s 2016 for $8 million right away, as would 550 PA in 2015 with 1,100 PA total between 2014 and 2015. For a team like the Mariners, this is a risk they may not be able to afford to take. Let’s say the Mariners acquire Byrd and remain in contention this year but fall out in 2015. Let’s also say, based on their current outfield situation, one of the worst in the American League, they have no one but Byrd out there that can hit a baseball, so they continue to play him but his play dwindles, the option vests, and by 2016, you have a soon-to-be 38-year old outfielder who is making $8 million with a hindered-by-age skillset. Ouch.

Byrd is one of two pieces that might draw even greater interest at the deadline were it not for a vesting option. The other? Closer Jonathan Papelbon. Papelbon already has a monstrous contract: one more years at $13 million per.  But then, there is the vesting option: with 55 games finished in 2015, or 100 finished between 2014 and 2015, Papelbon will make $13 million in 2016. With 30 games finished in 2014, Papelbon is on pace to hit at least 50 for 2014 making both 50 to complete the 100 or even 55 outright in 2015 entirely possible. Who would want to pay a then-35-plus year old closer $13 million in a season? And if a team acquires Papelbon to not use him as a closer to avoid his option, they’re getting a $13 million-a-year set-up man. Jeepers.

Many other veteran Phillies have vesting options as well that could hurt their trade value down the line. Cliff Lee has a vesting option for 2017 when he will be 37 years old at $27.5 million if he reaches 200 innings pitched in 2015 or 400 innings pitched between 2014 and 2015. Cole Hamels will be 35 when he is eligible for a $24 million vesting option in 2019 if he has 400 innings pitched between 2017 and 2018. Chase Utley has a series of three vesting options from 2016 through 2018 while Jimmy Rollins is just 35 PA away from having his 2015 option vest at a reasonable $11 million.  Perhaps the oddest, and most expensive, of all Phillies options is not a vesting one:  Ryan Howard has a team $23 million option for 2017 but an even more absurd $10 million buyout. You read that right, long after Howard has been a replacement-level player, he is guaranteed at least an additional $10 million in 2017 regardless of what the Phillies decide to do.

The vesting option is often a tactic a non-contender uses to lure mid-level to big-name free agents to come to their team in a time of rebuilding but, aside from Byrd, the Phillies misplayed their hand and used it to re-sign players during a time of strength. Sure, the counter argument exists that if the player is reaching those milestones, he likely is worth the option vesting, but there are plenty of scenarios where bad, or even just aging, players continue to get playing time long after their best days have past because they are either expensive or are the only option. The vesting option is a strategy the Phillies should abandon immediately moving forward to prevent being hamstrung in the future.