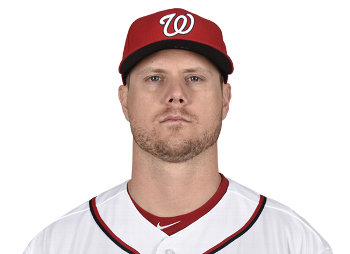 As Jonathan Papelbon made his desires of wanting to play for a contender public yesterday evening, I immediately looked at his stat line. The surface numbers look nice, like his 1.24 ERA or his 22 saves in 24 chances. Some might even point to the fact that he has not surrendered a homer in 2014 as a solid accomplishment, as well.

But Papelbon’s successes this year are part of a much larger, more complex body of work. Papelbon’s 7.93 K/9 IP is easily a career-low, nearly 2.5 K/9 IP under his career average and almost a half a strikeout less than his rate from last year. If Papelbon’s decreasing velocity was the elephant in the room last year, this year it is more like a hippo, once again present, but not quite as large. Papelbon has a career-low 91.4 MPH average on his four-seamer, a 0.6 MPH drop from last year and a 3.4 MPH net drop from his career high in 2011 with the Red Sox.

Yet, to Papelbon’s credit, he is somehow weaving in and out of games and successfully closing the door on opponents when the opportunity arises. Were it not for a pair of historically-good National League middle-relief performances from Pat Neshek, who I suggested the Phillies pick up twice, and Tony Watson, Papelbon may have been named an All-Star with the Phillies for the second time in his third season. That accomplishment would have made him the most decorated Phillies closer of all-time in terms of All-Star appearances.

Weird, isn’t it? Papelbon doesn’t exactly jump out as an all-time great Phillies reliever, but he has been. Papelbon earned his 89th save as a Phillie last night, moving him to just one behind Ron Reed for sixth place in club history and just five behind Tug McGraw for fifth. Papelbon is within striking distance of first place, too, sitting just 23 behind Jose Mesa. Among Phillies’ relievers with at least 150 appearances, Papelbon leads all in ERA, is third in K/9 IP, and is second in BB/9 IP. In short, minus World Series hardware and longevity like Reed and McGraw have, Papelbon is neck and neck with Billy Wagner for best reliever in Phillies history.

Papelbon’s eccentricities and candor have made him unlikable at best and unbearable at worst to some Phillies fans. But very quietly, Papelbon undeniably has carved a spot on the shortlist of all-time great Phillies relievers.