Three players will represent Reading in the Double-A Eastern League’s All-Star Game later this month in Curve, PA.  Infielders Carlos Alonso and Albert Cartwright along with lefty hurler Hoby Milner were honored and will participate in the annual event on July 15-16. 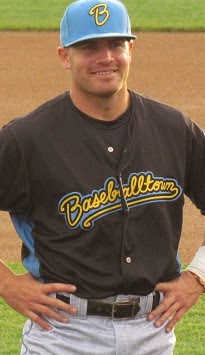 Alonso, a minor league Gold Glove winner last season, is batting .271 with eight homers and 25 RBI in 77 games this year.  The 26-year-old University of Delaware product was a 32nd round pick by the Phillies in 2010.

Cartwright, who also dabbles in the outfield, sports a .257 average with three home runs, 12 RBI and 15 steals in 71 games this year.  The 26-year-old was also an All-Star last season with Reading.

The Altoona Curve, an affiliate of the Pittsburgh Pirates, will host the 2014 Eastern League All-Star Stop, which will feature the Ghostman Games & Hitting Challenge on July 15 before the All-Star Clash on July 16 at 7 P.M. to wrap up the two days of festivities.