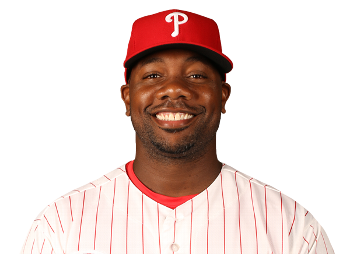 In refreshing, but cold-blooded, honesty, Phillies General Manager Ruben Amaro Jr. reportedly told Ryan Howard that the organization would be better off  in 2015 without the first baseman. Amaro’s exact quote comes courtesy of 97.5 the Fanatic’s Matt Lombardo in a piece written for NJ.com:

“I told [Howard] that in our situation it would probably bode better for the organization not with him but without him. With that said, if he’s with us, then we’ll work around him. We’ll hope he puts up the kind of numbers that we hope he can and we’ll see where it goes from there.”

Howard still has two years and $25 million per year left on his deal plus a minimum of $10 million in buyout money for the 2017 season, putting the minimum remaining cost for his services around $60 million for the 2015 and 2016 seasons. Among the 31 first baseman who received 400 or more plate appearances in 2014, Howard ranked 25th in batting average, 25th in on-base percentage, and 25th in slugging. Howard’s 2014 was, believe it or not, an improvement from recent seasons, who ranks 31st in batting average, 33rd in on-base percentage, and 28th in slugging among the 37 first baseman to reach at least 1,000 plate appearances from 2012 through 2014.

Amaro stressed the team would not release Howard and is seeking a trade. The issue, as it has been since 2012, is no longer Howard’s gargantuan salary; the issue is now that Howard would not be an upgrade to almost any team’s first base or DH situation, even in the short term with most of his contract covered by the Phillies.