Our Pat Gallen is reporting 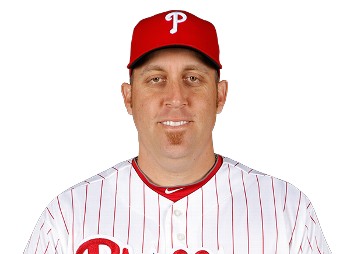 that the Phillies have signed right-handed starting pitcher Aaron Harang for one year at $5 million. Harang, 36, had a career-low 3.57 ERA last season in 33 starts for the Atlanta Braves. Since 2004, Harang has started 20 or more games in each season and has the eighth-most innings pitched in the Majors. Harang had a career year in 2006, leading the NL in wins, starts, strikeouts, and batters faced.

Analysis: This has the potential to be a sold signing for a team looking to tread water or rebuild. Harang is coming off one of the best seasons of his career with the Braves in 2014.

Yet, fans should exercise slight caution with Harang as it relates to pitching for the Phillies. Over 61% of Harang’s balls are put in play via line-drive or fly balls which could spell trouble. The Phillies had one of the National League’s worst defenses by any metrics, Baseball Reference, FanGraphs, or otherwise.