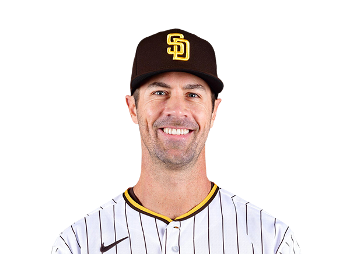 Over most of the last 12 seasons, Phillies fans have been spoiled by the consistency of having a pair of All-Stars up the middle. The descriptive phrase “All-Stars” is used quite literally in the last statement. In fact, it is much closer to “all-timers” in respect to their place in franchise history. The pair conjured memories of Alan Trammell and Lou Whitaker and are at least in the conversation with Joe Morgan and Dave Concepcion.

With Jimmy Rollins now a Dodger, the Phillies have a number of adjectives can be used to described their state up the middle. Thin, fragile, and uncertain were the first words that came to mind for me.

Many Phillies fans were disappointed with the club when the Phils came up short in the sweepstakes for 19-year old switch-hitting infielder Yoan Moncada. Boston was able to to sign the Cuban defector today for $31.5 million, a move that will ultimately cost them nearly $63 million due to luxury tax on his contract.

Because of Moncada’s signing, the Red Sox now have a farm chock full of young, high ceiling infielders and many Phillies fans have speculated that the Red Sox have become an even better match as a potential trade partner with the Phillies for Cole Hamels. While Moncada’s signing with the Red Sox seemingly gives the team a surplus in the infield, it is very unlikely that they will choose to move these pieces unless they believe they are close to going over the top. And judging by last season’s results, they are not.

Realistically, the Red Sox were a 71-win, last-place team in the AL East in 2014 and should be viewed a lot like the Philadelphia 76ers more so than the Red Sox of recent memory. The Red Sox, a lot like the Sixers, are in asset acquisition mode right now in a division that they are not the favorite in. Moncada is projected by the Red Sox own website as starting the season in the low minors and likely would contribute in September at the absolute earliest, making players like Xander Bogaerts, Garin Cecchini, and Sean Coyle even more important to the Red Sox’s future success, a team that had a $154 million payroll in 2014.

Much like the Sixers, the Red Sox have a few advantages. As seen in their willingness to blow through luxury tax money, the Red Sox have a financial advantage, much like the Sixers would in a free agent market. And also like the Sixers, the Red Sox are not as likely to compete in 2015 and should have enough playing time to spread around their infielders. Finally, their infielders are young. Very young. In fact, Bogaerts doesn’t turn 23 until October while former infielder turned center fielder of the future Mookie Betts also has a 23rd birthday in October. While the Sox have been notorious spenders, they have rarely shown a willingness to deal top trade chips, particularly young, highly-touted ones, in times of low fortune.

Today, Utley stated he wants to stay a Philly as long as he can. With Rollins gone, Utley is now the beacon of stability in the infield. Unfortunately, the Phillies will likely not be finding the next steady infielder in a potential Cole Hamels deal. At least, not with the Red Sox.