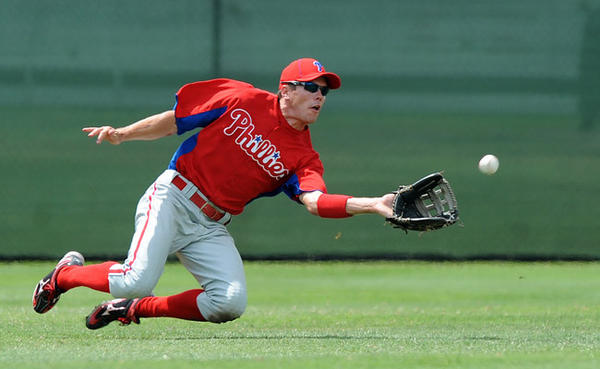 ESPN’s Jerry Crasnick Tweeted last night: “”Watch out for #phillies to surprise everyone and sign (Josh) Hamilton,” said one prominent agent. A scout told me the same thing.” This Tweet was seemingly based off of Amaro’s penchant for the big splash and nothing more.

Baseball America’s Matt Eddy reports that former IronPig fan favorite Rich Thompson has re-signed with the Tampa Bay Rays on a Minor League deal. Thompson, 33, a Reading native, reached the Majors in 2012 after being traded for Kyle Hudson. Thompson was 2-22 with six steals in eight attempts for the Rays. Eddy is also reporting that the Rays have signed infielder, and former IronPig, Mike Fontenot to a Minor League deal as well. Fontenot hit .289/.343/.340 with the Phillies in 105 2012 PA.

Dan Connolly of the Baltimore Sun is reporting that the Orioles are interested in bringing back Phillies’ relief target Koji Uehara for 2013. Uehara had a 1.75 ERA and 10.8 K/9 IP in 36 IP for the Texas Rangers in 2012.