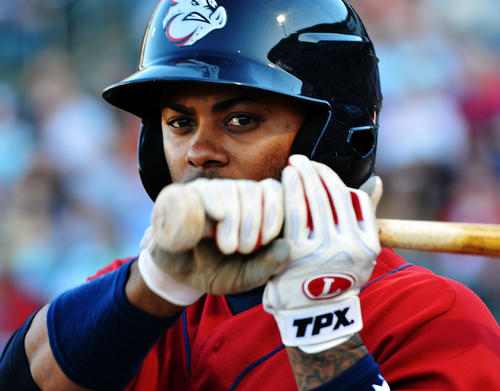 Michael Martinez has been recalled from Lehigh Valley to take the roster spot of Chase Utley, who hits the DL with an oblique strain. Yes, that Michael Martinez.

No, we still will not see Darin Ruf, or even the young second baseman Cesar Hernandez, take the place of Utley.

I thought we had seen the last of Martinez last season, but apparently not. As Corey Seidman so eloquently puts it:

That’s really all you need to know. It’s a head scratching move, to say the least.