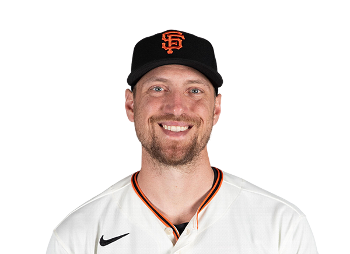 Think back to your days in high school or college, to the girls or fellas that you dated. There were the ones that made you stay up at night, heart racing. You may have even written poetry or songs for them. Then, there was the moment that things got weird and you parted. You fell in love again, usually with someone new, married, and your former flame is long forgotten.

For a lot of fans, Hunter Pence was the player that got their palms sweaty and blood pumping. He was a handsome-yet-clumsy throwback to the 1970’s – a player whom writers used words reserved only for the most awkward-yet-talented, and oddly usually Caucasian, players. Writers called him a gritty gym rat and a hustler. Last year, the Phillies fell well out of contention and, frankly, things got weird. Pence and his penchant for eating after scoring game winning runs were sent to San Francisco where he won a World Series.

Since then, Domonic Brown has become an All-Star outfielder but there is a hole left unfilled in right field. There is one player that is likely available who can fill that hole – while I am one of the many who believe the steep cost of his acquisition may become one of the worst trades in Phillies history, that player’s name is Hunter Pence.

Why it Would Work

First and foremost: Pence is a clear upgrade over Delmon Young. Pence has contributed positive value on both defense and the basepaths adding to the value found in his .264/.307/.452 line with 13 HR and 13 SB line as of the time of writing. Pence’s fWAR stands at 2.3, already 0.7 wins higher than his total last year and 2.7 over Young’s fWAR.

Secondly, the Giants are in the middle of a tailspin the likes of which haven’t been seen by a team expected to contend since, well, last year’s Phillies. The defending champs sit 10 games under .500 as of the time of this writing, six and a half games behind the Arizona Diamondbacks with the entire NL West either tied or ahead of them. They currently sit ahead of only the Marlins and the Brewers in the standings. It is a rough year when the Cubs catch up to you.

Third, Pence is a free agent at the end of the year. If the Giants chose to go the route of keeping Pence until the end of the year and obtaining a compensatory draft choice, at a present salary of $13.8 million, a qualifying offer would likely be in the neighborhood of a $15-16 million for the Giants. If Pence did not get a satisfactory long-term offer, he may be inclined to take that offer.

Fourth, Pence is currently mired in a prolonged slump and his value couldn’t be lower. In his last 24 games, Pence’s average has dropped 34 points and has hit just .168/.200/.263 with two homers and 22 Ks. This is a pretty ideal buy-low opportunity for the suddenly-believing Phillies.

Fifth, it likely wouldn’t take a whole lot to re-acquire Pence. Acquired last year for Tommy Joseph, Seth Rosin, and Nate Schierholtz, Pence’s trade value is likely even lower this season. Joseph was and is a non-top 100 prospect, Rosin projects to be a fifth starter in the Major Leagues, and Schierholtz had played his entire career until this year like a platoon outfielder. Duplicating that sort of haul could look like Cameron Rupp, Ethan Martin, and Freddy Galvis or Cesar Hernandez, Leandro Castro, and Rosin. Those groups may be enough to get it done – would you do it?

And finally, other than the trade that brought Pence to Philadelphia, General Manager Ruben Amaro Jr. has been reasonably successful playing the percentages. With one very large, notable exception (Hey! Did you see Jarred Cosart is making his Major League debut Friday night?).

The group that went to Cleveland for Cliff Lee? That turned out to be two role players, a starter who has a 5.47 Major League ERA and was again demoted, and a lottery ticket arm that flamed out almost as soon as he joined Cleveland’s organization. How about the group that was traded to Toronto for Roy Halladay? Travis D’Arnaud is now 24 – once a sure-fire prospect, injuries are now clouding his future. Michael Taylor has played in just 26 Major League games, hitting .135, and Kyle Drabek, well, I feel really bad for all of the issues Drabek has had. I would agree that the verdict is still out on the Roy Oswalt acquisition, although Jonathan Villar and Anthony Gose have the potential to turn that deal into a loss. Prospects rarely actually become the players they are promised to become – that’s why teams get two or three of them when trading established veterans.

Why I Would Hesitate

But for all the wonderful things this hypothetical exercise brings (its plausibility and the “upgrade over Young” factor), there is legitimate reason to hesitate. Take for instance the fact that Pence is a free agent after 2013. Unless Pence would agree to some sort of reasonable long term deal before the trade, I don’t believe it is wise to deal for Pence for this reason alone. With Chase Utley‘s future uncertain, dealing either of Hernandez or Galvis would be a pretty gutsy move. Even with Castro’s recent success at Lehigh Valley, it is safe to say the Phillies currently do not have anyone in the pipeline to play right field. Trading something of value to plug a hole for half a season is the behavior that got the Phillies into the pickle they are in right now.

For those who say “Well, Pence may come cheap. Brian Sabean once gave up Zack Wheeler for Carlos Beltran,” my retort is their acquisition of Pence for pennies on the dollar, picking up Pat Burrell for nothing in 2010 and their two shiny World Series trophies in their display cases from 2010 and 2012. I’d also probably hit you on the other side with the trade that sent Cosart, Jonathan Singleton, Domingo Santana, and Josh Zeid to Houston, too. The percentages are usually in the favor of the team acquiring the star but the first Pence deal was bad enough to sour my thoughts on Amaro’s ability to make a solid deal.

With the Phillies trying to move away from players in their thirties, how much sense does it make to acquire a player like Pence, who is now 30+, to sign him to a three, four, or even five year deal? The Phillies would be setting themselves up to duplicate their current problem instead of addressing it in more creative ways.

Ultimately, despite the fact that the Phillies could likely pull a trade off for Pence by giving up a few currently expendable pieces, I would not go that route but I would call. The price in prospects would have to be very low (a collection of 101-250-ranked guys) and Pence would have to agree to some sort of reasonable two year extension for me to pull the trigger if I were GM. The first part is doable, the second part is highly unlikely. It is fun to dream, but for now, I think we’ll have to let the old flame burn out.