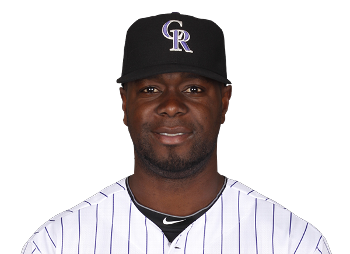 According to CSN Philly’s Jim Salisbury, the Phillies are interested in signing recently released former Washington Nationals outfielder Roger Bernadina. Bernadina, 29, had a career year last year, hitting .291/.372/.405 in 261 PA for the Nats with five homers and 15 steals but stumbled out of the gate in 2013 and never really got going. Bernadina’s .178/.247/.270 line in 2013 are career lows as is his .233 weighted On-Base Average (wOBA) while his 26.3% K rate is a career high.

Bernandina is a lefty but does not have particularly strong platoon splits for his career, hitting righties at just a .244/.313/.367 clip. Berandina would provide versatility as a back-up outfielder and has been of a net-positive value in left and right field for the Nationals in the defensive metric Ultimate Zone Rating (UZR).

Analysis: Signing “The Shark” would be like signing a left-handed version of Casper Wells. Bernadina makes the plays in left and right and can fake it in center while Wells plays a touch better defense and has more potential to run into a fastball every once in a while. Bernadina has two years of arbitration eligibility remaining so adding him this year could have some value but I would much rather see a player like Leandro Castro added to the 40-man roster for September or Tyson Gillies have a cup of coffee with his improved swing that has led him to a .314/.364/.451 line in August.

His nickname, however, has lead to one of the most unique stadium give-a-ways of all time and some interesting memes.