I sat down with Reading Fightins’ manager Dusty Wathan this week to chat about some well-known Phillies prospects.  The Double-A skipper openly discussed the progress of young pitching prospect Severino Gonzalez and outfielder Cameron Perkins.  He also shared details about the status of infielder Cesar Hernandez, who was a late scratch from the team’s lineup on Thursday with groin tightness, as well as catcher Tommy Joseph, who has had repeated concussion concerns. 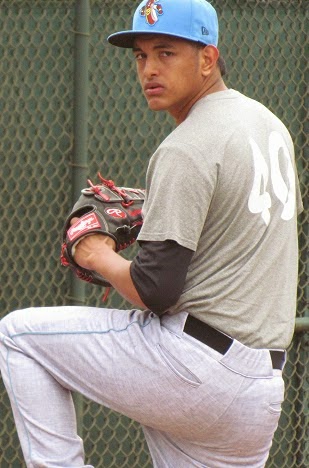 Talking about the output and progress of 21-year-old righty Severino Gonzalez, who sports a 3-2 record with a 4.02 ERA through seven starts this season-

He’s done a nice job.  He’s, obviously, advanced in the system quickly.  One of the younger guys in this league.  And he’s done a nice job.  You know, he’s learning a lot of stuff.  He’s here quick.  He hasn’t advanced through the system kind of the normal way a guy would.  He kind of flew through it.  He started in extended spring (last year) and then started here for us this year, so he’s still learning a lot of things.  I think sometimes people expect a guy to be in Double-A and sometimes guys are more polished than others.

Speaking about 23-year-old outfielder/first baseman Cam Perkins, who sports a .359 average with two homers and 18 RBI through 30 games this season-

He’s been outstanding.  Another guy that’s got here quick.  Second full season in professional baseball.  He’s a guy that’s a tremendous baseball player.  I think, I always say that he’s a guy that not all the scouts look at and go “Ooh and ahh” about him, but he does the things that you want a baseball player to do.  He runs the bases well, tremendous hand-eye coordination, he puts the ball in play, just has instincts for how to run the bases, what the situations are.  You can put in center field one day, you can put him in left field, you can put him at first base.  He doesn’t care where he’s playing, as long as he gets to play.  He’s a very fun player to watch, a very exciting guy. 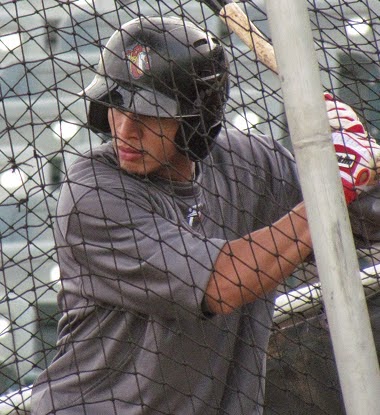 Regarding 23-year-old switch hitter Cesar Hernandez who is hot at the plate (.524 avg., double, triple, two HR, six RBI in his last six games), but is stuck in the minors learning new positions-

It doesn’t have anything to do with his offense.  We all know that he can hit.  Cesar has progressed through this system as a hitter.  And, obviously, as a second baseman.  He needs to learn how to play third base and shortstop.  Third base especially is a difficult position for a middle infielder because you’re a lot closer to the ball, the way you play it, it’s totally different angles, it’s totally different set up, totally different responsibilities.  So, it’s just something that he needs to learn how to do.  Right now, where we’re at with what they have a Triple-A, this is the best spot for him to be able to get those reps defensively.  So, he’s going to be playing a lot of third base and shortstop and when we feel like he has enough time here, he’ll end up moving on, whether that’s to Lehigh Valley or to the Major Leagues or whatever the case may be.

On 22-year-old backstop Tommy Joseph (.280 average, five home runs, 19 RBI in 20 games), and if, as a former catcher, Wathan thinks a change of position could be beneficial to preserve Joseph’s health-

You know, I’m not a doctor.  Obviously, Tommy’s been cleared for all activities.  He’s cleared to catch.  He’s seen some very good doctors over the course of the last year or so and he got a foul tip and felt like he wasn’t himself, so precautionary- we took him out.  We sent him to see some guys and they cleared him.  I think our view on it is, if Tommy wants to catch, we want him to catch.  If he doesn’t want to catch, as long as the medical people say that he’s able to catch and he’s gonna be fine, then he’s gonna hear some arguments from our side.  But, you know, as soon as that comes up, we’ll deal with it.  But for now, Tommy’s a catcher, he’s progressing nicely, he’s swinging the bat well and he’s doing a nice job.  So, for the time being, he’s going to catch for the foreseeable future.