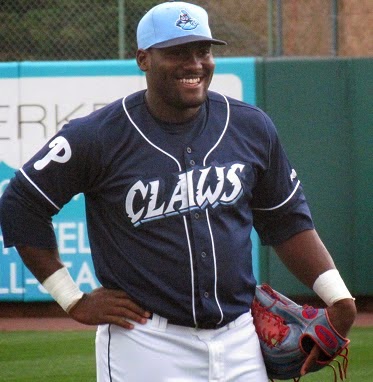 Following up with more exclusive details on news that was broken here last week, outfield prospect Larry Greene Jr. is expected to miss two months, as he is slated to undergo surgery to repair his injured left wrist.

Greene, who initially injured the wrist on a diving play in the outfield, is scheduled go under the knife on Thursday, May 15th.  The surgery to repair torn cartilage for the 21-year-old will be conducted by Dr. Randall Culp in King of Prussia, PA.

The Phillies’ supplementary round draft selection (39th overall) from 2011 was batting .167 with two doubles, one triple and five RBI in 15 games this season.