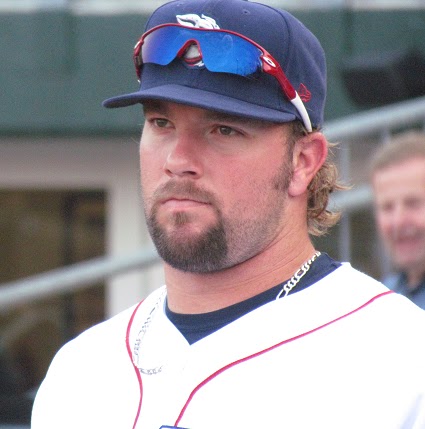 Rupp will join the Phillies for his second stint in the Majors. Photo by Jay Floyd.

In the wake of Wil Nieves injuring himself in the ninth inning of yesterday’s game, the Phillies have recalled catcher Cameron Rupp and optioned OF Aaron Altherr to Double-A Reading. Rupp, 25, hit four homers in his first four games of the 2014 campaign with the IronPigs but has only two since April 9. Rupp is hitting just .167/.295/.370 with six homers but did have a two-hit game last night.

Analysis: This will tell you all you need to know, for now, about Nieves, tweaking his quad. If this was a longer-term injury, I would have to imagine veteran MLB back-up Koyie Hill would have been added to the 40-man roster to serve as the back-up. But with a short-term injury, and no DL trip announced, Rupp won’t miss out on significant playing time he would have received in Lehigh Valley to play sparingly in Philadelphia.